Behind the Scenes: Children of the Ocean God – Aromakani and Abaimakani 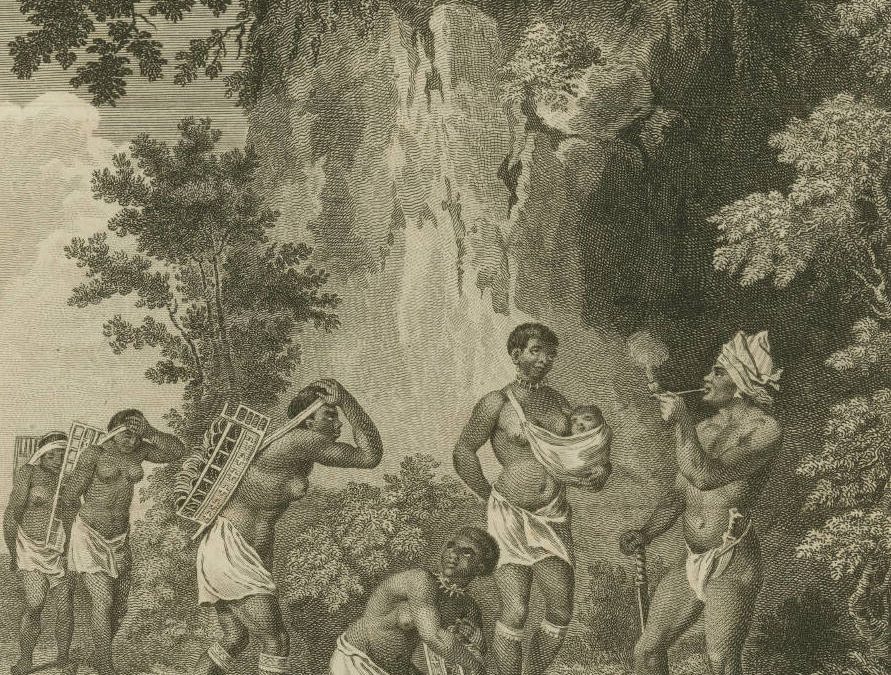 In the course of my research for Children of the Ocean God I have recently discovered another fascinating aspect of Garifuna (Black Carib) culture which I am planning to work into the story. The Garifuna are deeply spiritual people who still follow to this day many of the sacred, spiritual traditions that their ancestors practiced over two hundred years ago. This is particularly remarkable since the passage of time has not been kind to the Garifuna at all. They were tragically deported by the British from their homeland (Hiroona aka modern day St. Vincent) to Roatan in Honduras, and since then have repeatedly been displaced and confronted with existential challenges in their sojourn in Central America. All of these upheavals have mercilessly whittled away the core of Garifuna culture and language.

Thankfully the Garifuna have survived and managed to preserve many of their customs, albeit sometimes without fully understanding their meaning. This is exemplified in many ways by the aromakani and abaimakani which are semi-sacred spiritual songs performed by men and women, respectively. These songs exist in modern day Garifuna culture as arumahani and abaimahani. According to linguist Prof. Daniel Kaufman from Queens College in New York, the lyrics of the arumahani and abaimahani are loosely structured and cryptic since they speak of past real events which were experienced by the composers but are often unknown to present day singers. The semi-scared nature of these songs is derived from the fact that they are part of religious rituals such as the dugu (or funeral ceremony) but are also sung for entertainment in everyday life. Typically aromakani and abaimakani have a narrative quality and frequently speak about the occurrence of some misfortune, from either a man’s or woman’s perspective, depending on who is singing. Most interesting of all, is that despite the complete or at least partial lack of context, many meaningful moral and philosophical ideas are embedded in these songs, which are often masked by their simplistic lyrics.

Here are two beautiful examples which I came across recently in an enthralling report entitled Endangered Lyrics in Endangered Languages: Documenting the Arumahani songs of the Garifuna in Belize and New York City. It was authored in 2015 by Prof. Kaufman who is founder of the Endangered Language Alliance.

Yunis, come see me, come see me, nephew, my brother’s son.
We are in midsummer, the sun beats down on me.
I come into the hot sun, with my knapsack.
The orders which my uncle gives, I knew they would be disastrous.

Simply beautiful lyrics! Don’t you agree? If you are curious about how arumahani sound here is an audio example from the Smithsonian Folkways Recordings. I should point out that In Children of the Ocean God to avoid copyright issues I have composed an aromakani which is inspired by various modern day arumahani, but is still distinct.

I hope you have enjoyed learning a bit more about Garifuna (Black Carib) culture and are perhaps triggered to find out more. In a future post I will expand on other fascinating cultural traditions and practices. Stay tuned!

What feelings do the arumahani invoke when you read them? What do you think are the ‘hidden’ moral and philosophical messages that they convey? Are they reminiscent of songs that you have heard from other indigenous cultures?