Behind the Scenes Children of the Ocean God: Main Characters 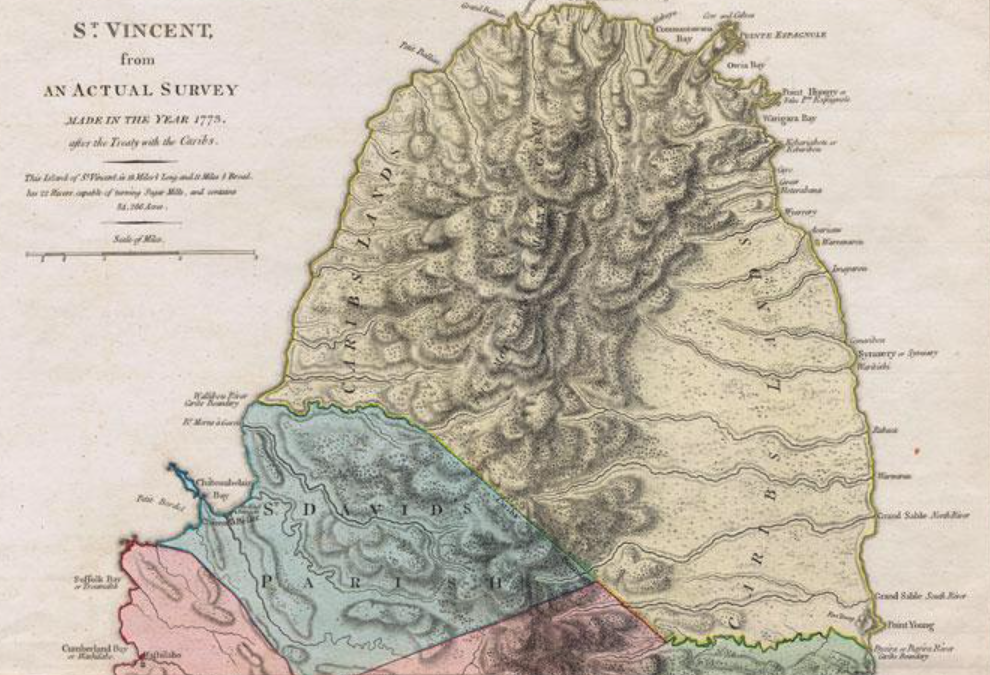 In this week’s blogpost I would like to introduce you to two of the main characters in my upcoming historical fiction novel, Children of the Ocean God. The story unfolds on the tiny West Indian island of St. Vincent (called Hiroona by the Black Caribs), over the course of a fortnight in early March 1795 (227 years ago to be exact!). It was then that the Second Carib War began between the British and the Black Caribs, instigated by their French allies. The explosive events which took place during the inception of the conflict were in many ways defined by the strengths and flaws of the main personalities leading both sides.

For the Black Caribs, this was first and foremost Paramount Chief Joseph Chatoyé*. He was a seasoned warrior who had fought with distinction in the First Carib War, and was revered by the British and French alike. As military leader of the Black Caribs, Chief Chatoyé, together with his brother Chief Duvallé, masterminded a series of dramatic combat sucesses againt the British, that ultimately left the Brits confined to a tiny strip of land around the capital city, Kingstown. Ultimately Chatoyé made the ultimate sacrifice to save his beloved homeland, Hiroona, when he died in single combat during a daring late night raid by British dragoons and militiamen, which overran a strategic position held by Chatoyé’s forces on the summit of Dorsetshire Hill. Chatoyé’s death was a crippling blow to the Black Carib war effort, from which they never fully recovered.

*It is worth noting that Chatoyé’s name is sometime spelled Chatoyer in the historical accounts. However, in a proclamation that he made during the war at Chateuabelair he spells his name as Chatoyé. For this reason I have taken this to be the preferred spelling of his name. Another interesting historical peculiarity worth noting is that Chatoyé, is the only Black Carib to have his first and last name recorded in the historical annals. All other Black Caribs, including Chief Duvallé, are referred to solely by a single name. It is unclear why this is the case, but this may be partially attributed to the fact that Chief Chatoyé garnered an inordinate amount of interest from both the British and French, since he was considered to be the most important Black Carib of all.

On the British side, the most prominent character in the war was Governor James Seton. He was by all accounts an able colonial administrator sent by the Crown to govern the fledgling ‘frontier’ colony of St. Vincent, which had recently been repossessed from the French. He was a Scotsman of noble descent, who was keenly aware of the precarious geopolitical calculus in the Caribbean region between the Britain and France. When the war broke out with the Black Caribs, he was quick to take preemptive action to safeguard the colony, being keenly aware that France had played a complicit hand in inciting the conflict. He was a proactive leader, who was willing to take calculated risks, as exemplified by the gambol that he took in authorizing the midnight raid on Dorsetshire Hill, from whence the Black Caribs and their French allies were poised to seize Kingstown. In the end Governor Seton prevailed in the war, not so much due to his cunning and guile but by providence.

I hope you enjoyed this mini-history lesson inspired by Children of the Ocean God. Thanks for stopping by. As always your comments are welcome below.