Behind the Scenes Children of the Ocean God: The Battle on Dorsetshire Hill 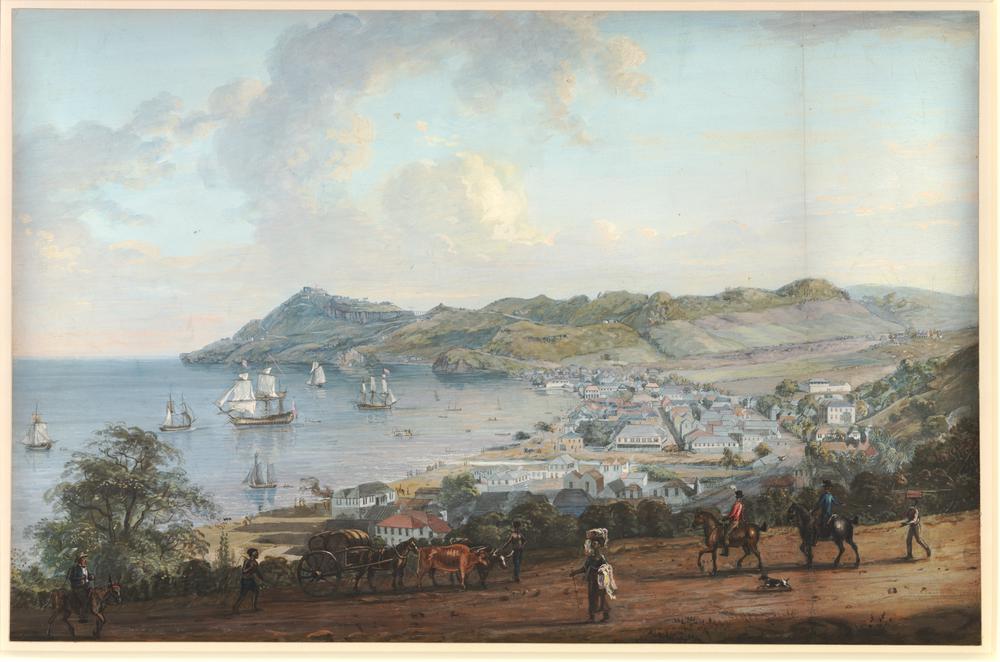 Today’s blog post is about the most pivotal military engagement during the Second Carib War – the battle that took place on Dorsetshire Hill on March 14th, 1795. This single event was the emotional climax of the war (and of Children of the Ocean God) since it led to the untimely death of Black Carib Paramount Chief Joseph Chatoyé. Respected by parties on all sides of the conflict, including the British, his passing was a critical psychological blow to the Black Carib and French cause.

In an effort to faithfully reconstruct what transpired during this fateful battle I have been conducting extensive research for several months by closely examining the historical record. It has been my great fortune to find a short but detailed account of the battle in the online archives of the South Devonshire 46th Regiment of the Foot, which has provided invaluable insight and greatly augmented the information in Chistopher Taylor’s seminal book entitled the Black Carib Wars: Freedom, Survival, and the Making of the Garifuna. To gain even deeper understanding of the context, in particular the topography of the setting in which the battle took place, I have left no stone unturned. I have considered everything from historical paintings of Kingstown (the capital of Saint Vincent and the Grenadines) as well as present day drone footage of Dorsetshire Hill.

The battle on Dorsetshire Hill unfolded as a result of a daredevil operation by a small British force of eighty men, which mounted a surprise attack on the Black Carib and French position on Dorsetshire Hill, a mere 2 km away from the British stronghold at Fort Charlotte. It took place in the wee hours of the morning somewhere between midnight and one o’clock. This was due to the fact that the cover of darkness was essential in order to pull off such a brazen raid, in which the British were greatly outnumbered (somewhere in the range of 4- or 5-to-1). During the ensuing battle British forces disabled the two artillery pieces that were in the process of being mounted, and stormed the military installations housing the Black Carib warriors and French revolutionaries. When the dust settled, fifteen minutes later, nearly two dozen Black Carib and French combatants had been killed, for the loss of just four British seamen.

Interestingly, in the course of my exploration of this historical event I have come across several discrepancies as well as puzzling ‘unsolved mysteries’ that are difficult to reconcile. For example, in Taylor’s book he mentions that the main attacking force breached the summit near the flag staff at around one o’clock in the morning. In contrast, the archives of the 46th Regiment of the Foot mention that the main body of the force attacked near the main guard post, shortly after midnight. The mysterious circumstances of Chatoyé’s death also remain enigmatic to this day. In some eye witness accounts it is reported that Chatoyé died after a duel with Scottish militia captain, Alexander Leith, while other records mention that in the mayhem and darkness on top of Dortsetshire Hill, Chatoyé died with five bayonets in his breast after parrying a sword thrust by Captain Leith. Equally mystifying is that the bodies of the slain Black Carib fighters were left on the battlefield overnight, contrary to their custom. The Black Caribs were known to always retrieve the bodies of fallen warriors and give them a proper ritualistic burial. This may be an indicator of the chaotic, near black-out conditions under which the battle was waged. Nevertheless, these ‘unsolved mysteries’ leave plenty of room for my imagination to play as I attempt to recreate this most crucial battle of all battles in the Second Carib War.

Thanks for stopping by today. More posts will follow soon! As always your comments are welcome below.

(Image Source: the British Museum – Kingstown, St Vincent; view above the town and harbour, with Fort Charlotte beyond and the sea left, ships and boats in the bay, in the foreground several black figures with a cart, two white horsemen right and a man on a mule left, c. 1796).