Behind The Scenes: Ning Ning Part 1 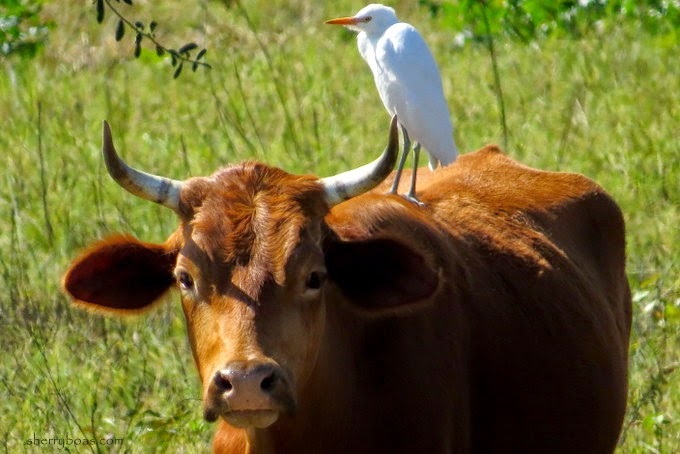 Writing consistently in this Corona pandemic has been a challenge. However, I have been making some steady progress on one of the three books that I have in the works.  I am now about half-way through the first draft of my second children’s bedtime storybook entitled Nig Ning. The title comes from a Barbadian dialect term for being tired and having sleepy eyes. This book will delve even deeper than Fresh Ereba into Caribbean culture, cuisine as well as flora and fauna.

To give you a little taste of what to expect I am sharing a rough cut one of my favorite stories that I have written so far. It is about two animals, Cow and Egret, who become unlikely friends as a result of a difficult situation which threatens the sugar cane harvest one year. This story is close to my heart since it brings back fond memories from my childhood growing up in Barbados when I would always see egrets lazily tiptoeing around the freshly ploughed cane fields not far behind a cow. Sometimes I would even see an egret with long sleek frame nonchalantly perched on a cow’s back, with the cow hardly paying any mind. Please feel free to leave your feedback in the comments and to share on social media!

The Story of How Cow and Egret Became Friends

Once upon a time, when animals all spoke the same language, there was a village overlooking a valley in which the animals of the forest grew sugar cane. The soil in the valley was a fertile, dark brown color, so the sugar cane was always juicy and plentiful. In fact, the animals prided themselves on making the sweetest sugar on the island.

However, this year there was a problem threatening the sugar crop. With the planting season fast approaching, the cane fields had not yet been ploughed. Cow, who prepared the fields each year, had started to plough one of the fields, however, it had gone very badly. Due to his failing eyesight the rows in the soil were crooked and irregular. This was a huge problem since the sugar cane would not grow strong and would be difficult to harvest when it was ripe.

Cow felt very badly about letting the other animals down, especially since he knew that he was still the strongest animal in the village. For several days afterwards he was seen wandering around the village with his head held down, making a low, sad noise. Mooooo. Mooooo. Mooooo. Cow wished he could do something to help the situation, but he could not think of anything.

With time running out, the animals decided to convene the Village Council to find a way to save the sugar crop. Donkey stepped forward first. “Heehaw. I am nearly as strong as Cow so I can do it,” he proudly offered. However, Pig objected, “It is true brother Donkey that you are strong. Oink Oink. But you are too slow. We will never be able to plant the sugar crop in time. Oink Oink.” Next came Sheep and Goat, who eagerly bleated, “We can do it together! Bah Bah. The two of us are as strong as Donkey and as fast as Cow. Bah Bah.” Unfortunately, when Cow placed the harness of the plough around their necks it would not fit them both. So that would not work.

This left the animals very frustrated and sad. They all lamented out loud, “What are we going to do? How are going to save the harvest?”

Just then Turtle then came forward, “I have a bright idea! Cow is still strong. Why don‘t we guide him with a rope while he is ploughing?” However, this too would not work as Mongoose pointed out, “That’s a nice idea brother Turtle! But it will be impossible to keep all the rows lined up with all the hills and gullies in the valley.”

Again, the animals became frustrated and sad. They all lamented out loud, “What are we going to do? How are going to save the harvest?”

As the day wore on it was becoming clear that a solution to the ploughing problem would not be easy to find. Just before the council was preparing to close for the day, Egret, who was very shy and scared of speaking in public, stepped forward to share his idea. However, before he could speak, Mongoose, who was chairing the Village Council cut Egret off saying, “Brother Egret, we are all tired from today’s proceedings. Let’s end for the day and reconvene tomorrow after a good night’s rest. We shall hear your idea first thing in the morning!”

Egret was disappointed that he did not get the chance to speak, but he nodded his head slowly in agreement with Mongoose’s proposal. He thought to himself – Perhaps it was not such a good idea after all. As the animals began heading home, Cow walked up to Egret to ask about his idea. He was curious since he had a feeling that Egret’s proposal was very different from the other ideas that had been shared earlier in the day. Pulling Egret to the side, Cow then eagerly listened as Egret explained his solution. It was so simple that Cow became excited – his eyes lit up, his head no longer drooped and he smiled for the first time in many days. Cow was so eager, in fact, that he made a plan with Egret to test out his idea early the next morning before the Village Council met again. They would then have proof to show the other animals that Egret’s idea would work.

The next morning Cow and Egret turned up just as the Village Council was starting, after putting Cow’s plan into action earlier. When Egret was invited to speak, he perched himself on Cow’s shoulder, with his beak not far from Cow’s ear. Egret then carefully explained how he could guide Cow as he ploughed by sitting on his shoulder and whispering directions into Cow’s ear to make sure that he stayed on course. Cow eagerly chimed in – ”With brother Egret’s idea I can plough all of the cane fields in no time. Our sugar harvest will be saved.”

As Cow and Egret looked around at the curious faces of the other animals, they sensed that there was doubt. So they invited the other animals to see the field nearby that had been ploughed earlier that morning. After seeing firsthand, the neat, straight rows Egret’s proposal was unanimously accepted. For the next month Cow and Egret worked from sunup to sundown ploughing the cane fields in the valley. They would spend the whole day together chatting back and forth about their favorite foods and joking about life in the valley. Often in the evening after a long day’s work Cow and Egret would eat dinner together and they would stay up talking late into the night. As they spent so much time together they became very close friends. In fact, thereafter, each year when the planting season came around Cow and Egret would team up to plough the cane fields in the valley. To this day Cow and Egret are still best friends. They are often not seen far apart, especially in a freshly ploughed cane field.