Behind the Scenes: What drives me to write Children of the Ocean God? 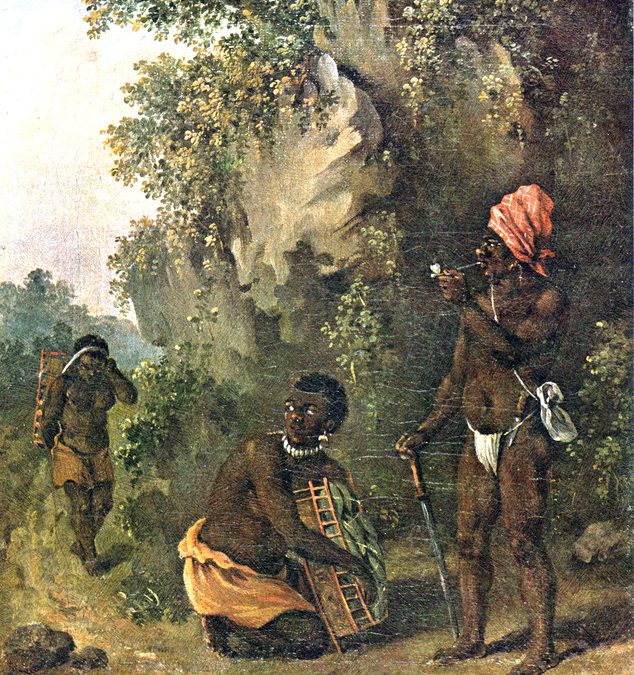 I am happy to report that I am now nearly finished with the second part of Children of the Ocean God. With almost a hundred pages under my belt, the novel is beginning to take shape as I have envisioned. Currently, I am writing about the initial phase of the Second Carib War in which the Black Caribs and their French allies were on the offensive. It is a gritty, action-packed and violent period, which I try to convey in a nakedly honest way true to the times.

One thing that keeps coming back as I continue to write Children of the Ocean God is my motivation for writing this novel. I feel a tremendous passion and calling to write about the Black Caribs, which runs deep in my bones. Initially, I honestly felt I was writing Children of the Ocean God to honor the Garifuna (Black Carib) people and to educate West Indians (i.e., Caribbean people), and also the World, about this amazing period of history. Yet as I continue to reflect on what drives my writing, I realize there are several other factors at play which I feel are important to share with my readers.

Highlighting Resistance – The Second Carib War, among other conflicts, reminds us that Black people violently resisted European hegemony during colonization. We did not just take slavery and infringement of our rights lying down, as the history books would have us believe. We fought back, and there were indeed dozens of insurrections, revolts, and wars that occurred during the colonization of the Americas which were led by people of African descent. Moreover, it is important to highlight that this resistance was not only by enslaved Blacks, but also by free Blacks such as the Black Caribs. For me, the Second Carib War showcases one of the many noteworthy instances during the colonial period in which Black people achieved significant success in fighting against Europeans. The Black Caribs in fact came dangerously close to defeating the strongest military power at the time, Great Britain. This is something which I feel we as Black people should be proud of. Children of the Ocean God is therefore a celebration and an honoring of this spirit of resistance that resides in all Black people.

Fighting Misinformation – Telling the story of the Black Caribs during the Second Carib War through Children of the Ocean God is also about contributing to the undoing of misinformation perpetrated by Europeans for centuries. Their historical accounts of colonization have spread propaganda about Black people which has fueled racism and discrimination, plaguing us to this day. It is important for the truth about Black people to be brought to light. We were not savages, nor lazy, nor of inferior intellect (Black Carib Paramount Chief Joseph Chatoyer was a brilliant military strategist!) and certainly no more prone to promiscuity than Europeans (just think of all the White slave masters who raped their slaves!). In reality, it was Europeans who frequently acted savagely and in an uncivilized, inhumane manner against people of African descent. They breached agreements and inflicted cruel, sadistic and in some cases genocidal punishments on Black people (have you ever heard of being boiled in molasses or run through the rollers?). The deportation of the Black Caribs to Roatan, Honduras was in fact an act of genocide with the intention of eliminating them from the face of the Earth. My hope is that Children of the Ocean God will contribute to the growing body of literature that depicts people of African descent in a fairer, more humane and favorable light.

Giving Perspective – The history books about colonization are often one-sided, only sharing the narrow viewpoint of Europeans, especially individuals from the ruling class. The feelings, interests and perspective of Black people were seldom considered worthy of recording, or at best were based on questionable assumptions in the minds of Europeans. In Children of the Ocean God I want to shed light on the perspective of the Black Caribs. I want to share what their feelings and thoughts were during the highs and lows of the Second Carib War. For example, the deep emotional grief and shock that they experienced following the death of Paramount Chief Joseph Chatoyer on the summit of Dorsetshire Hill. In particular, I want to convey their wonderful humanity as a sophisticated, kind and fun-loving people who were brimming with love, dreams and hopes for the future. In effect, Children of the Ocean God is a counternarrative to the mainstream colonial perspective in which Black people are impotent and voiceless.

I know this has been a more opinionated post than I usually write, however, I feel it is important to share my feelings on these matters so that my position is crystal clear. Nevertheless, I also want to emphasize that integrity in storytelling is of the utmost importance. In no way do I condone warping the truth to serve a particular agenda. I always endeavor to recount what happened to the best of my knowledge in an entertaining but truthful manner, which gives context by presenting the Black Carib, French and British perspectives.

Thanks for stopping by to read this post and please stay tuned for more exciting news about Children of the Ocean God!

What are your feelings about historical accounts of colonization and their portrayal of Black people? Do you know of other unheralded stories of Black resistance during colonization? Please share your thoughts in the comments below.