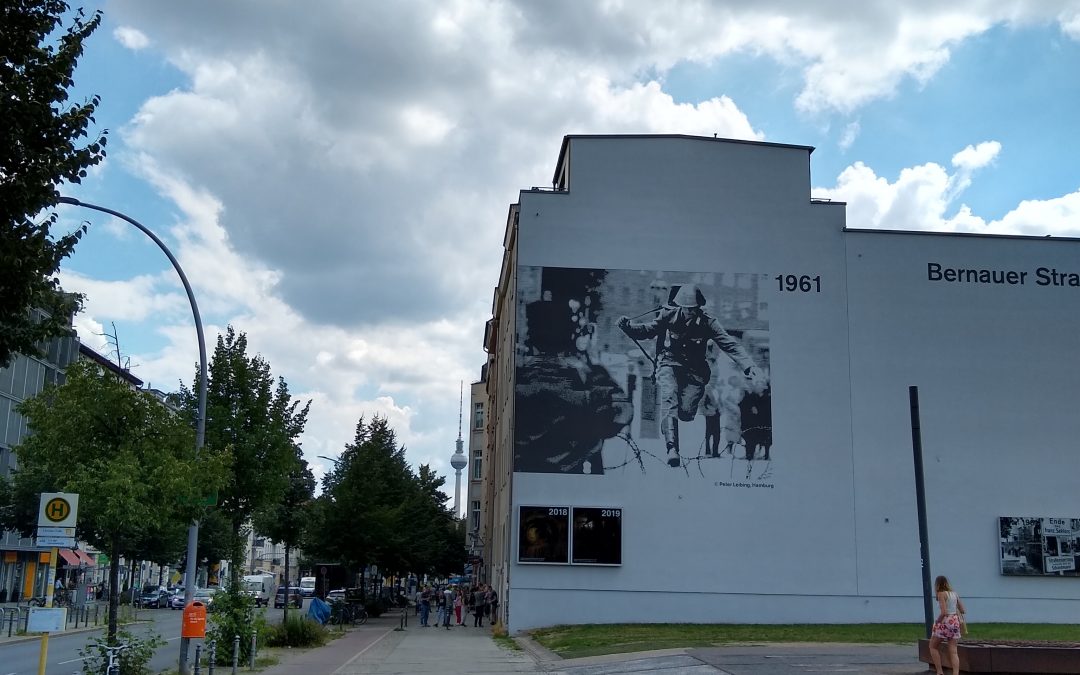 It is hard to express in words the feeling that envelopes me when I think of Berlin. There’s something about the city of Berlin that calls me; that stirs within my soul a deep yearning. Ever since I first set foot in the German capital back in the Spring of 2012 I have had an indescribable connection to Berlin.

When I first stepped off the plane at Tegel Airport in April 2012 I knew absolutely nothing about Berlin and had zero expectations. The only thing on my mind was that I might be denied entry to Germany because Barbadian citizens had just recently been granted Schengen visa-free access to the European Union. I wondered, if perhaps the German immigration had not got the memo and I would be unceremoniously deported back to London. Instead I encountered a friendly (by German standards at least) Polizei agent who examined my passport and asked me just one question: “Why are you here?” Mildly flustered I explained to him that I was attending a scientific conference. As I spoke, I fumbled through my documents searching for the invitation letter. But it was not needed. He just stamped my passport and wished me a good day. Seconds later I walked through the sliding doors into Arrivals area of Tegel ready to begin my Berlin adventure.

Immediately I switched into what I call my “operative mode.” I scanned the sign boards to locate the nearest public transit stop and then I was off. After waiting a few minutes the yellow and white colored X9 bus arrived to ferry me and my fellow passengers into the city center. But there was a problem. I couldn’t buy a ticket from the bus driver. It could only be purchased from a ticket machine or at a nearby ticketing office. I chose the latter since it seemed less stressful, and I scrambled to buy my ticket before the bus left. Alas it was too late. The bus had departed by the time I returned and I was forced to wait for the next one ten minutes later.

It was a chilly April evening, so as I stepped off the X9 near S+U Zoologischer Garten Bahnhof I shivered slightly as I searched for the entrance to the U-bahn station. It was not immediately obvious where I needed to go, but eventually I figured it out by trial and error. From the directions I had scrawled on a piece of paper I knew I needed to head towards Charlottenburg to find my hotel. Somehow I managed to get onto the U2 without asking anyone for help. As the stops with funny, unpronounceable German names whizzed by in a blur I prayed that I would not miss my stop as I strained to discern any sound emanating from the PA system. German sounded so alien. It seemed as if the utterances I heard hardly matched what I read on the passing signs. Ausstieg links. Bitte insteigen. Zuruck Klein bitte.

My senses were peaked as I stared anxiously at the Berlin transit map trying desperately to figure out if I had gone the right way. After what seemed like an eternity the Zoologischer Garten station came into view. Next I had to figure out which side of the station to exit on. I just guessed by heading to the left and finding the nearest ausgang. As I emerged on the streets of Berlin I was greeted by the shroud of darkness masking a hive of youthful activity along the main thoroughfare. Finding my way to my hotel, Hotel Berlin Berlin, proved difficult as my brain refused to comprehend the German street signs. I could not make any sense of the ‘ß‘ symbol, which I naively called “strabeta.” After wandering aimlessly around Tiergarten for twenty minutes I stumbled upon the brightly lit Hotel Berlin Berlin sign. Thankfully I had managed to find my way.

As I look back now on this experience from eight plus years ago, I realize that this inauspicious trip was the start of my Berlin Dream. I have been enchanted by the German capital ever since, and have been back more than a dozen times since. No matter the season my experience of Berlin has always left me in rapt wonderment and more importantly with a sense of belonging. As I get ready to begin a new chapter in my life Berlin looms ahead like a beacon guiding me safely to shore. I am certain more than ever that my path of promise is irrevocably intertwined with this city on the Spree. It is only a matter of time before dream shall meet with reality.