Book Review: No Name In the Street (James Baldwin) 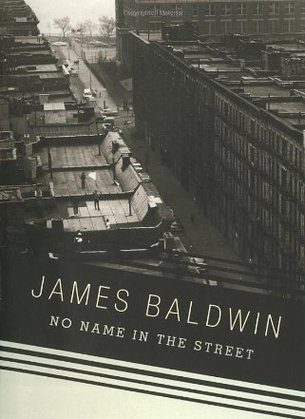 “I’m black and I’m proud: yet I suppose that the most accurate term, now, for this history, this particular and peculiar danger, as well as for all persons produced out of it and struggling in it, is: Afro American. Which is but a wedding, however, of two confusions, an arbitrary linking of two undefined and currently undefineable proper nouns.” – James Baldwin

James Baldwin’s No Name In the Street is a ranting social commentary about racial discrimination and injustice in the United States. At times rambling, Baldwin nevertheless eloquently puts his finger on the crux of the racial issues plaguing America since time immemorial. In one hundred and ninety-eight compact pages, he shines a bright light on the systematic disenfranchisement of Black people in all facets of society, from the criminal justice system to the entertainment industry. No Name In the Street highlights Baldwin’s frustration and increasing exasperation at the glacial pace of change in America’s treatment of it’s Black citizens. I would even say the despairing tone of the book captures Baldwin’s ‘bitter ferment‘ after the assisination, in short order, of several prominent Black civil rights leaders, to whom he is personally acquainted, including Malcolm X, Martin Luther King, Bobby Hutton, and Medgar Evans. By the end of this tome one is left with a feeling of vividly hearing Baldwin’s long wailing plea for change. A lament which has sadly, for so long fallen on deaf ears, which makes it’s despondency all the more poignant. Baldwin’s rhetorical style of writing makes his message in No Name In The Street all the more lyrical – literally piercing through your mind unforgetably like a banshee’s siren. This book is without a doubt a must read for anyone who is sincerely interested in informing themselves on the state of race relations between Black and White people in America.

Have you read No Name In The Street or another of James Baldwin’s books and essays? What did you find most interesting and enjoyable? Please feel free to share your thoughts in a comment below. Thanks for visiting my blog!