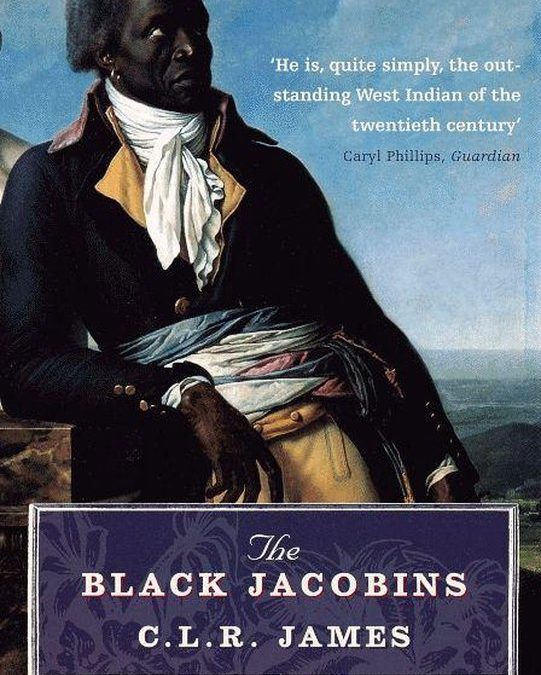 “Peace to our neighbours. But anathema to the French name. Hatred eternal to France. This is our cry.” – from the Haitian proclamation of independence from France.

The Black Jacobins is an enlightening and thought-provoking tome which is a must-read for anyone who is an avid student of Caribbean colonial history. CLR James skillfully and meticulously describes the vicissitudes of the Haitian war of independence which lasted from 1791 until Haiti won its independence from France in 1804. He provides intimate insights into the motivations and personalities of the major characters shaping the conflict including Toussaint L’Ouverture, Jean-Jacques Dessalines, Napoleon Bonaparte, Andre Rigaud, Alexandre Pétion and Henri Christophe, among others. For me the key takeaway message which James eloquently communicates through The Black Jacobins is that the Haitian people of African descent were the architects of their destiny as free people. They fought for and won their freedom from slavery and European hegemony through their own actions. It was not, in any shape or form due to European compassion or enlightenment that slavery came to an end in Haiti. To achieve this triumph many black and mulatto Haitian men and women bravely sacrificed their lives, and made both France and England pay dearly for their refusal to let go of the crown jewel colony of the West Indies – over one hundred thousand European soldiers lost their lives by the end of the war. As James points out, Haiti’s independence was the European’s worst nightmare come true. Haiti showed the world that Black slaves were a formidable force to be reckoned with and that if they were not liberated sooner rather than later they would rise up violently to seize their freedom. The repercussions of this reverberated throughout the region, with the Haitian Revolution serving as a catalyst for many subsequent anti-slavery insurrections all over the Caribbean. The Black Jacobins further compels me, as a Black person from the Caribbean, to feel a debt of gratitude to Haiti for the pivotal role it played in bringing about the abolition of slavery. Had Haiti not succeeded in this war it is quite likely that the scourge of enslavement of African people would have persisted in the Americas for much longer.

Have you read The Black Jacobins? What did you think about it? How did it impact you? Please feel free to share your thoughts in a comment below. Thanks for passing by.