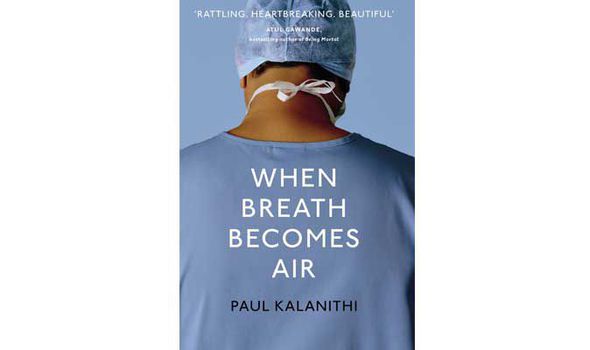 “Time for me is now double-edged: every day brings me further from the low of my last relapse but closer to the next recurrence – and eventually, death.”

Writing for some people is like breathing air. It is so natural, that they just do it with consummate ease. Paul Kalathani‘s memoir, When Breath Becomes Air, embodies this spirit well. His swan song opus tells the heart-wrenching tale of his fateful battle with lung cancer. It is an honest, at times unflattering (sometimes he comes across as an arrogant know-it-all doctor who refuses to accept that he is a cancer patient) account of his head-on confrontation with death and the ultimate crushing acceptance of the limits of his own mortality.

What is most striking about this book is Paul’s noble attempt to die on his own terms in the face of the uncertainty about when his time would finally come. It is quite telling that his big dream was to finish this autobiography before he passed away. He invested an untold amount of his limited reservoirs of energy in the last months of his life pursuing this goal. It is clear from this sacrifice that Paul had a burning sense of urgency to impart to others the lessons that he had learned about meaningfulness in life from his own abbreviated existence. Yet he stops short of offering trite, overly distilled gems of wisdom about the secrets of life divined by death’s sudden, unyielding encroachment.

When Breath Becomes Air reveals in many ways Paul’s bewildering disbelief and tormented struggle to comprehend his fate. In this way it is a very human story that speaks to everyone. My favorite part of this memoir is in fact the epilogue, which was absolutely beautifully written, by Paul’s wife Lucy. The epilogue conveys the emotional weight, distressing loss and deep love that she experienced, with immaculate grace and dignity, as Paul’s life came to end. When Breath Becomes Air is an inspiring memoir that I recommend unreservedly to anyone who seeks to appreciate the fragility and transience of human existence.

Have you read When Breath Becomes Air? What did you think of it? How did it impact you? Please feel free to share your thoughts in a comment below. Thanks for passing by.