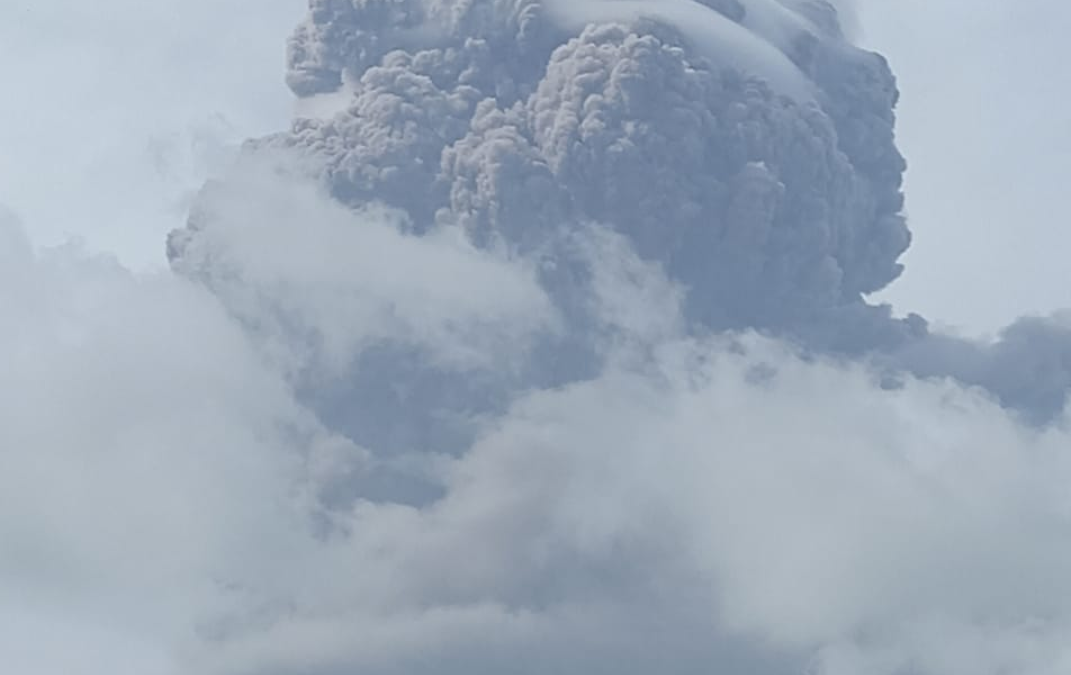 As the Covid-19 pandemic drags on this week brought us another poignant reminder of the fragility of life. The La Soufrière volcano on the tiny Caribbean island of St. Vincent rumbled to life, with several minor explosive events reported. Ash and flying rocks and boulders have been raining down on the islands’ residents, as well as on the neighboring islands of Barbados and St Lucia. At the moment it seems likely that the volcano will erupt very soon, which will have a enormous impact on St. Vincent and on the Eastern Caribbean region as a whole. Very likely a significant number of the island’s inhabitants will need to be evacuated to safety, and in the midst of a pandemic no less. There will also be significant disruption to air traffic and daily life on other islands receiving heavy ashfall.

I am mentioning this here on my blog, since as a Caribbean citizen I am very concerned for the safety and well-being of my brothers and sisters in St. Vincent. It is also touches me personally since my father is from St. Vincent, and I have an aunt as well as several relatives who are affected. If that were not enough, another connection I have to the island of St. Vincent is that it is the setting of my upcoming historical fiction novel, Children of the Ocean God. La Soufrière in fact plays quite a significant role in the story, since it was considered to be a sacred mountain by the Black Caribs, who are the focus of the book. They use the volcano as a gathering place for an important war council, at which the decision is made to declare war against the British.

In Children of the Ocean God, I have given La Soufrière the Carib name Qualibou, which means “at the place of death.” It is also interesting to note that Qualibou was in fact not the name used by the Black Caribs for the La Soufrière volcano in St. Vincent, but rather for the Soufrière volcano in St. Lucia (I know it is confusing right?). There are in fact three volcanoes with the same name on three different Caribbean islands (Guadeloupe, St. Lucia and St. Vincent). Nevertheless, since I am yet to find the Carib name for the Soufrière volcano in St. Vincent I decided to use the St Lucian namesake. I suspect anyway that the names would have been similar or at least have borne some relation to each other since there is a clear connection to the demon God, Qualeva. This is likely due to the fact that a volcano is a source of fire and destruction.

At any rate what is most important at this time of crisis is the safety and well-being of the Vincentian people. My thoughts and prayers are with the people of St. Vincent and the affected Eastern Caribbean islands during this difficult period. For those of you who would like to support the people there by making a donation I will post a link to a reputable website where this is possible soon. Thanks for your support. Stay safe!

*Update* (April 18th 2021): I have found information on a reliable charitable organization where donations can be made to support the relief effort in St. Vincent related to the recent volcanic eruptions. Please consider donating to:

Direct Relief (https://www.directrelief.org/) – a California, USA based relief organization which is working together with several partners on the ground in St. Vincent including the Vincentian government, the Barbados Defense Force (BDF) and the Pan American Health Organization (PAHO). N.B.: The currency used by Direct Relief is USD, and you must select “Direct my donation to: Caribbean Volcanic Eruption.”

Thanks for your support!

Please feel free to leave a comment below if you have any questions about the volcanic eruption or would like more information on St. Vincent.