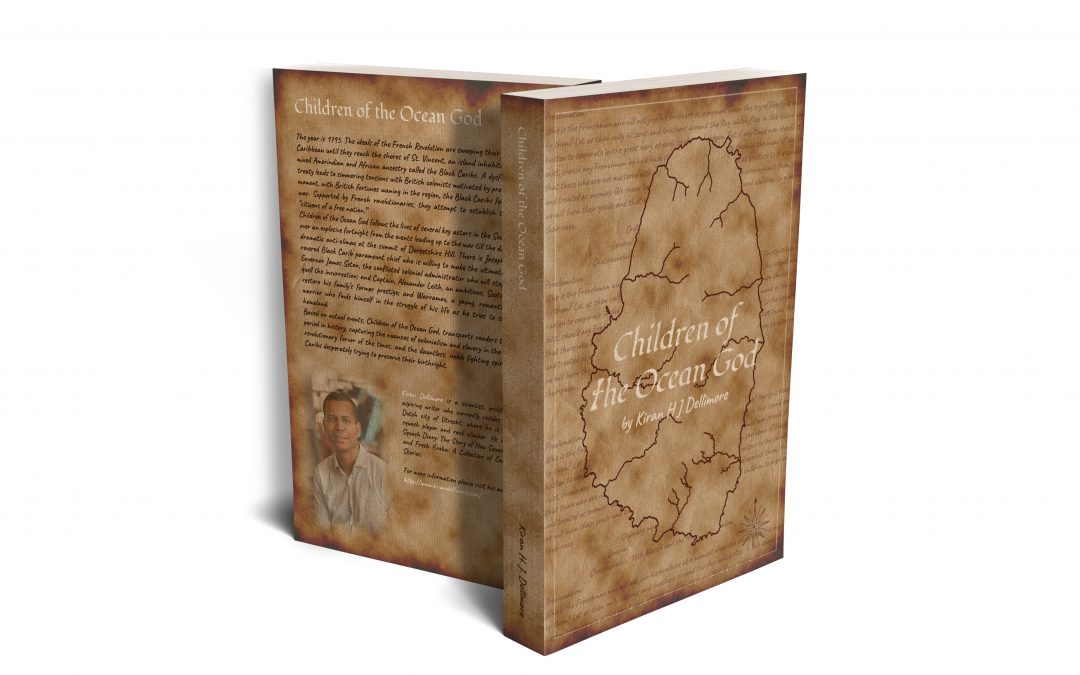 Recently I had a very insightful, spontaneus interaction with a history professor from the Caribbean (who I will keep anonymous out of respect for his privacy) about my upcoming historical fiction novel, Children of the Ocean God. He gave me some very constructive feedback on how I can further refine and enrich my novel by ensuring its historical fidelity. He opened my eyes to the various facets of authenticity that ought to be contemplated when telling any fictional story rooted in history.

Of the many valuable lessons that I learned I would like to highlight a key takeaway that I feel is somewhat less obvious and perhaps useful to other aspiring historical fiction authors. It is of paramount importance to do your utmost to avoid anachronisms entering the story you are telling. I know some of you are probably thinking that you already knew this and that it is quite obvious. But please bear with me, there is more to it than it may seem on the surface.

By anachronisms I mean not only misplacing events, characters and objects in time, but also customs, practices, language and style of speaking. These latter aspects may seem trivial at first but I assure you they are equally important as the other more obvious facets. They will add the finishing touch of historical authenticity to your work. However, a key challenge is that these ‘softer aspects’ are a lot more difficult to be conscious of when you are writing. For instance, did you know that the concepts of breakfast and lunch were only introduced on a widespread basis during the Industrial Revolution? Before that time breakfast was not considered a necessary meal and some physicians even warned against eating breakfast (since it was not healthy to eat before a prior meal was digested). Moreover, what we now call lunch was often dinner time for many people in the past. Imagine also what life was like for subsistence farming hunter-gather people, like the Black Caribs, who are the focal point of Children of the Ocean God. They likely did not eat at fixed times of day, and would have just eaten whenever they felt hungry and food was available. This simple example, illustrates how as a historical fiction writer one has to let go of many modern day concepts that we take for granted as being the norm.

Similarly, when it comes to the language and style of speaking used by characters during dialogues in a story it is quite difficult to avoid the use of modern expressions and idioms, that may not have existed at a particular time period in history. Although it may seem ‘obvious’ to have characters speak in period appropriate vernacular, in practice it takes quite some effort to eliminate modern language and style of expression since they are ubiquitous in our every day lives. For example, do you know when the expressions right as rain or my patience wears thin first came into common use? Was it in the 19th century? or perhaps earlier? You are correct if in both cases you guessed the late 1800s! This means that if I had included these idioms in Children of the Ocean God, which is set in 1795, they would be anachronistic language. A few other simple illustrative examples can further drive home this point. How do you think people greeted each other in the morning and said thank you in the late 18th century? One of the more common ways to say ‘Good morning‘ back then was ‘Good dawning.’ And ‘thank you‘ was not in common use yet. Likely in the 1790’s you would have heard people say ‘gramercy,’ as in ‘grand mercy‘ meaning big thanks. An excellent resource that I found to help me find period appropriate expressions is The Historical Thesaurus of English which is maintained by the University of Glasgow. It allows you to search for idiomatic expressions and provides dates of usage.

An additional layer of complexity can arise when trying to write period appropriate language for people who do not have recorded language or history. The Black Caribs are a very good example of this. There is very little of their language or style of speaking which is documented from the period of the Second Carib War and before. Moreover, they used very different language in the 1790s than they do today (I will write a blogpost about this soon). So as an author I am grappling with even knowing what is authentic language or not. My only recourse has been to dive deeper into historical narratives, in particular, from non-English speaking sources to get a broader feel for what the Black Caribs were like culturally and linguistically. A great French reference that I am relying on heavily in writing Children of the Ocean God, is Aventures de guerre: au temps de la république et du consulat by Alexandre Moreau de Jonnes. Mr. Moreau de Jonnes spent quite some time living among the Black Caribs in St. Vincent as a young French revolutionary sent to agitate as well as advise them militarily in fighting against the British. He even fell in love with a Black Carib woman during his sojourn there.

I hope you have enjoyed this week’s blogpost. As always please feel free to leave a comment below, I am happy to hear from you. Thanks for stopping by!