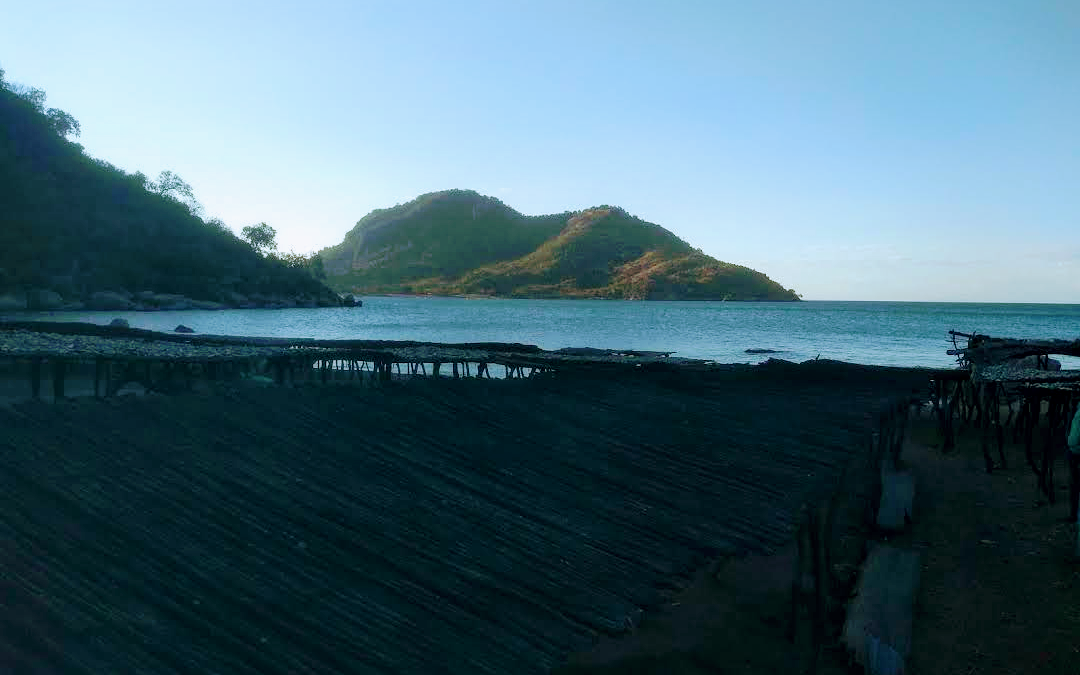 Ramon and I bobbed up and down in the water for several anxious moments as waves crashed down upon us mercilessly. The waves were so powerful that they were literally wrenching the life vests from around our necks, almost choking us. It was clear to both of us that we were in a perilous situation. The risk of drowning was palpable if we did not quickly find our way back to safety. With these worrying thoughts invading my mind, I spotted my shoe floating by, a few metres away. In fact it passed mere inches from Ramon’s left-hand but he did not manage to grab it in time. With a sigh of frustration I reluctantly accepted that my shoe was lost to the lake forever. Not that my shoe was our chief problem at that moment in time.

By some miracle, after my shoe vanished into oblivion, we managed to recover our capsized kayak, which was drifting in the water a short distance away. We swam towards it and grabbed onto it for dear life. The kayak instantly became our safety blanket in the midst of the raging tempest enveloping us. It allowed us to regain our composure by providing stability and by cushioning the ‘body blows’ delivered by each cresting wave. This afforded us some time to think, enabling us to make a plan to get back to shore. Our best bet at survival was to swim towards the shore while gently pushing and pulling the kayak along with us. We also quicly searched for the paddles, and soon found that they were both fortuitously trapped under the overturned kayak.

Intrerestingly, despite clearly being in distress none of the fishermen from the village came to our assistance right away. Several of them had gathered on the shore and were clearly obseving us, but had as yet taken no action. So Ramon and I were forced to put our plan into action to save ourselves. We swam slowly towards the shore, sometimes making healthy progress of tens of metres only to have the strong countercurrent fervently pull us back several metres. As we made progress, I suddenly remembered that my phone was in my bag, which was luckily still strapped to my back. I hoped in vain that the flimsy Ziploc bag was sufficient to keep it dry. But I knew deep down it was a long shot since I had been completely submerged when the kayak capsized. Yet like my lost shoe, my phone was not the top priority at that moment so those thoughts quickly vacated my mind.

As we approached the shore and finally reached a point where we could stand up, a small motorized boat manned by several fisherman arrived to help us. In half-broken English they offered to tow us along with the kayak back to shore. But it was a belated rescue effort, since by then we were out of danger. So we politely declined their assistance. Not long after, Ramon and I beached the kayak, and emerged from the lake. It was a tremendous relief to finally be back on terra firma. We had made it! Yet we were not out of the woods. We still had to figure out a way back to the lodge.

As Ramon and I were contemplating our options, we found ourselves surrounded by a sea of people. It seemed as if the whole village of Gonza had turned out to see the spectacle of the drowning foreigners. Children, women and men were talking all around us in boisterous, animated tones. Some of them even tried to grab the kayak to asist us in draining it or to show their desire to help us. One enterprising young villager even went so far as to procure an old plastic milk container which we used to bail the water out of the kayak. But it was taking too long, so we flipped the kayak on its belly to empty out the water in it. This worked fairly well, but still significant amount of water remained trapped in the bowels of the kayak. It seemed ultimately to be a futile endeavour. So after about twenty minutes, Ramon and I stopped to make a new plan.

As we took stock of the situation, it was clear that the rough conditions on the lake and the crippled state of kayak would make a third attempt to paddle back to the lodge an unmitigated disaster. So we decided to leave the kayak in the village and to return to the lodge on foot, while carrying the life vests and paddles in hand. As we were finalizing this new plan we were constantly being interrupted by various villagers who would tap us on the shoulder or grab our hands to give us advice in a mix of English peppered with Chichewa. At one stage we asked the crowd around to give us a bit of room so that we could sort out the next course action, without disruption.

Eventually we agreed with a young man, who spoke reasonable English, that he would look after the kayak for us while we trekked back to the lodge to arrange a solution for its retrieval. He insisted repeatedly that he was trustworthy and would take good care of the kayak. Almost as if to prove this to us, together with a few of his friends, he kindly escorted us to the edge of the village and indicated the pathway leading back to Monkey Bay Beach Lodge. As we made our way back to the lodge barefoot and soaking wet, the last thing we saw was the kayak being dragged along the sand by several men amidst a large crowd of excited villagers. We wondered would we ever see our fateful kayak again, or would it perhaps end up like my shoe, being lost forever on Lake Malawi.

What was your was wildest travel adventure? Have you ever had such a crazy, life theatening experience? Please leave your thoughts in a comments below. I would be delighted to hear from you.