Behind the Scenes: Children of the Ocean God – Garifuna Language 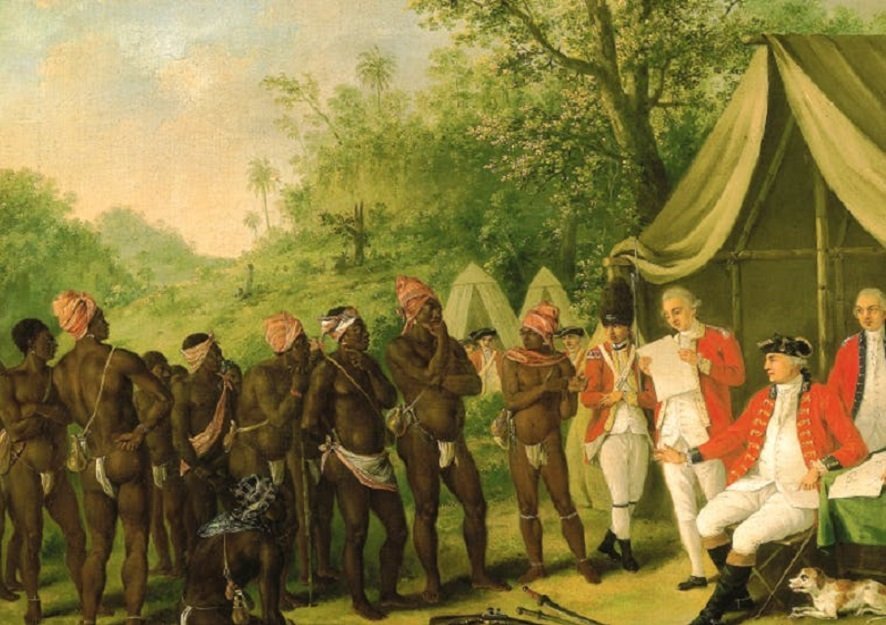 In a recent blogpost about authenticity in writing historical fiction I mentioned that I would elaborate more about how the Garifuna language has evolved since the 1790s. It has indeed been quite a dramatic transformation which has its roots in the tragic deportation of almost the entire Garifuna population on St. Vincent, following the conclusion of the Second Carib War, to Roatan Honduras in Central America. This genocidal act by the British fortunately did not succeed in wiping out the Garifuna, as they persevered against all odds and are still with us to this day.

So, the first question to answer is what was the Garifuna language like back in the 1790s (and in the preceding time period)? The short answer, based on historical analysis by linguistic scholars, suggests that Garifuna used to be 45% Arawak, 25% Carib, 15% French and the rest was a mixture of Spanish and/or English. It is interesting to note the influence of French since many Garifuna spoke fluent French due to their frequent contact and alliance with the French in Martinique and other neighboring French controlled islands (namely St. Lucia and Guadeloupe). Moreover, the absence of African languages is striking. For a people of African descent it would be expected that they would have retained more African words in their vocabulary. However, to date linguistic scholarship has revealed only 5 African words in the entire language. It is perhaps possible that more African vocabulary was used prior to the late 18th century, however, this is very difficult to determine due to the limitations of historical records. However, what is clear is that these words did not survive for long.

And the next logical question to ask is what does the Garifuna language look like today? According to leading Garifuna linguistic scholar, Prof. Michelle A. (Forbes) Ocasio, the modern Garifuna language is about 70% Arawak, 5% Carib, 15% French and 10% Spanish and/or English. Most striking of all is the precipitous decline in the use of Carib over the past 220+ years and the corresponding rise in Arawak. Interestingly, the amount of French has remained very stable during this period. Suprisingly, the amount of Spanish in Garifuna remains quite modest, despite the fact that the Garifuna have spread out among the predominantly Spanish speaking countries of Central America.

In many ways language is a living fingerprint of a people. Like a genome it is constantly evolving over time, yet at the same time it embodies the very essence of their identity. The Garifuna language is no exception to this aphorism.

Thanks for stopping by to read this blogpost about the Garifuna language. As always please feel free to leave a comment below, I am always happy to hear from you.