Behind the Scenes: Children of the Ocean God – Ouїcou 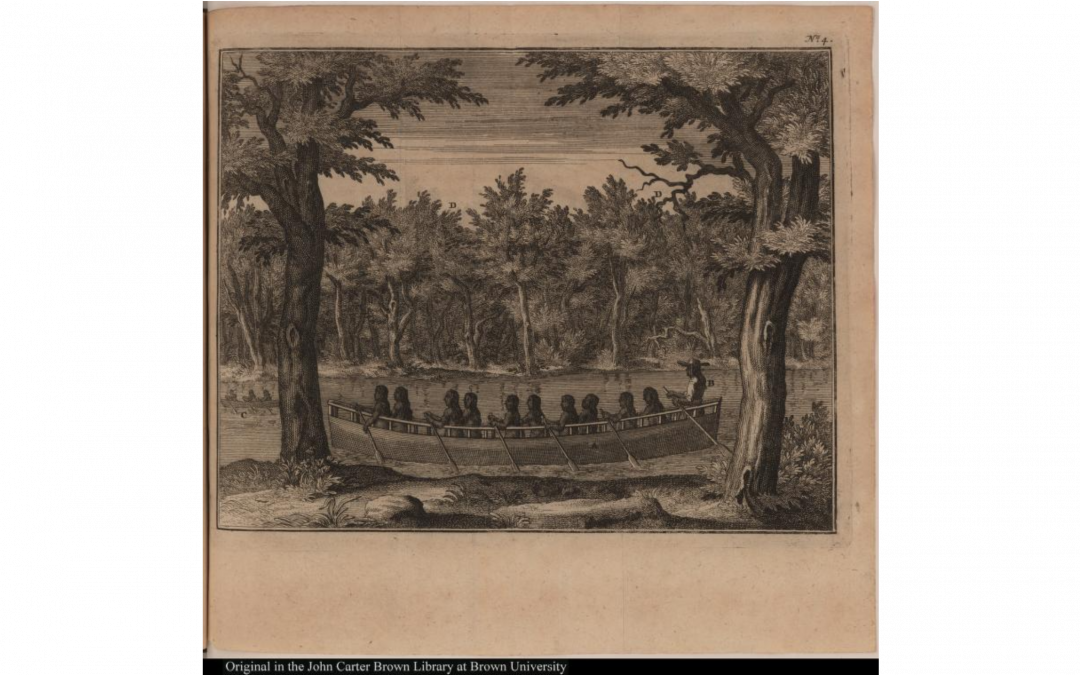 In today’s blogpost I am showcasing a very common, but rather complex cultural practice celebrated by the Black Caribs, called a “ouїcou” – phonetically pronounced “we-sue.” This was a feast, which was often held for a multitude of reasons including: as a council of war; on the return from an expedition or raid; on the birth of a male child; when a child’s hair was first cut; when a boy came of age to go to war; when trees were cut down to build a new house or garden; and at the launch of a new canoe or pirogue. Often men, women and children might be present at an ouїcou, and would participate in various aspects of the festivities, which would last till the wee hours of the morning.

Ouїcou‘s were always hosted by a chief or captain, who could be a man or woman, responsible for bringing the celebration to a climax. This typically occurred after much dancing, drinking and smoking, when emotions were running high. By then old grievances and offences were recalled, which usually would lead to violence as a means of revenge. Naturally, this would be an opportune moment for vengeance since an opponent’s guard would likely be lowered under the influence of copious amounts of alcohol (mostly tafia, wine and guifiti). It is important to point out that the Black Caribs had no formal government, so revenge was their main instrument of justice and a ouїcou was a perfect setting for this to take place. Hence, ouїcou‘s also served a complex judicial purpose in Black Carib society.

At a ouїcou it was also the chief’s role to instigate a fight among his or her guests, which could be borne out of revenge or the desire to engage in warfare against an enemy group. In the latter instance, to rile up those present more fervently, the chief might even brandish a bouncaned limb (It is important to note that the Black Caribs were not cannibals as reported in many colonial records), such as an arm or leg of a slain enemy from a previoius war, in order to urge them to pursue the war. This would typically be accompanied by haranguing guests, reminding them of past injustices that they suffered at the hands of the enemy and acts of valor in previous wars.

Interestingly, originally ouїcou was the name given to an alcoholic drink made by the Caribs from cassava. The beverage was made by women, who would often chew the cassava to speed up the fermentation process and improve the taste. Since ouїcou was consumed heavily at many Carib feasts these celebrations eventually came to be known simply as ouїcou‘s.

Thanks for stopping by tto read my blog. I will write more soon. Have a great end to the week!

For more information about ouїcou’s and Black Caribs: Please I encourage you to read Christopher Taylor’s very detailed historical account in The Black Carib Wars: Freedom, Survival, and the making of the Garifuna.

What do you think about the ouїcou? Is it a feast you would have liked to attend? And what do you feel about how justice was carried out in Black Carib society? Please feel free to leave a comment below, I would love to hear from you.