Behind the Scenes: Children of the Ocean God – The Start of the 2nd Carib War 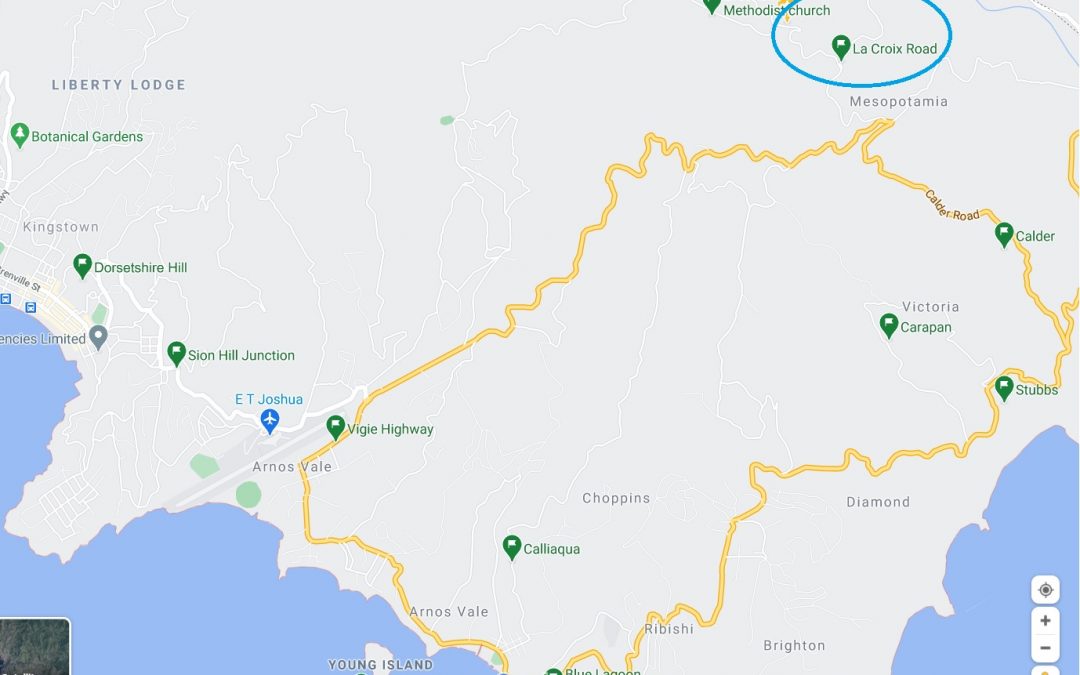 On the evening of March 8th 1795, two hundred and twenty-six years ago to this day, the Second Carib War began on the tiny island of St. Vincent. The start of the war was relatively inconspicuous. It was marked by a raid on the estate of Madame La Croix , a French planter who was a well-known British sympathizer. Led by Chief Duvallé, commander of the windward army of the Black Caribs, the first action of the war saw the burning of the La Croix estate to the ground and the brutal massacre of its inhabitants. On that night and in the days that followed the Black Caribs violently released years of pent-up fury against the British.

In many ways this unremarkable event tragically precipitated the demise of the Black Carib presence on the island after hundreds of years. In my upcoming historical fiction novel, Children of the Ocean God, I will transport you to this fascinating and seminal period in Caribbean history. To whet your appetite, here is an excerpt from Children of the Ocean God describing the fateful attack on Madame La Croix’s estate:

As the moon reemerged the yellow and orange glow of the burgeoning flames could be seen rapidly spreading through the sugarcane fields surrounding the La Croix estate, accompanied by billows of noxious, sweet smoke. Before long, several men and women could be seen frantically running from the plantation buildings with pails of water in a vain attempt to contain the fire, hopelessly unaware of their impending doom. Duvallé’s men, who were lurking in the brush, had completely encircled the estate, owned by Madame La Croix, a well-known pro-British sympathizer, cutting off any chance of escape. However, they did not yet draw their noose tighter, preferring instead to bide their time until the moment was ripest. This soon presented itself as the conflagration consumed field after field of nearly ripe sugar cane, leaving only two possible paths of flight for the inhabitants of the estate. Both leading to their demise.

When the moon vanished once more, Chief Duvallé gave the signal for the onslaught to begin in earnest. He let out an ear-splitting war cry. Ana, cariná rote*! This was soon echoed by over four hundred Black Carib fighters brandishing cutlasses, boutous†, spears, knives and muskets hurling themselves towards the plantation, which was situated in a shallow, fertile vale. Ana, cariná rote! Ana, cariná rote! Ana, cariná rote! These deafening war cries sent shivers down the spines of the estate’s inhabitants, causing them to shriek in fear and abandon their firefighting efforts to seek cover and armament. But it was too late. Hordes of fighters were already descending on the plantation compound in stampeding waves obliterating anything and anyone crossing their path.

The first victim, a middle-aged Irish overseer, was pursued like a hound by Durant. He wielded a long knife in his left hand and a cutlass in the other, which he used to viciously chop the overseer’s right arm off as he grasped the handle of the door to the horse stables, in a futile attempt to escape. Durant then savagely stabbed and cut him in the back and neck, until his lifeless body crumpled to the ground in a pool of blood at his feet. As he withdrew his knife from the corpse he felt an exhilarating surge of adrenaline shooting through his veins. This was intensified further by the intoxicating, mineral aroma of fresh blood that flooded his senses, causing his nostrils to flare and his eyes to bulge with drunken bloodlust. As he wiped his knife clean on the overseer’s trousers he scanned the darkness for another target. It was not long before he found his next victim, a pubescent slave boy armed with a machete, hiding in one of the stables. Durant ensured he met a similar fate as the overseer.

However, the bloodletting was only just beginning. Duvallé together with a dozen men unleashed their rabid fury on the main plantation Great House after drawing several sporadic bursts of musket fire from its vicinity. With little effort they infiltrated its barricaded mahogany doors with their cutlasses and spears, before proceeding to cut down every living being that they encountered. They rampaged from room to room satisfying their thirst for blood by bashing in skulls and chopping off limbs left and right. Women and children, master and slave, no one was spared their ferocious wrath. Many of their victims were found on their knees saying their prayers, pleading for God’s mercy and desperately imploring their Black Carib assailants to spare them. Yet it was in vain. All of the pent-up frustration and resentment towards to the British, that had festered in the years since the last war, was being unleashed all at once. After ransacking the Great House’s contents, they set it ablaze before moving onto the overseer’s house and slave quarters.

Notes: *Ana, cariná rote is a Carib war cry meaning “Only we are people;” †A boutou is a heavy, three-foot-long wooden club used by Black Caribs in close combat. Often it was elaborately carved and decorated.

What are your thoughts on the excerpt above? Are you curious to read more of Children of the Ocean God? Please feel free to leave a comment below I would love to hear from you.