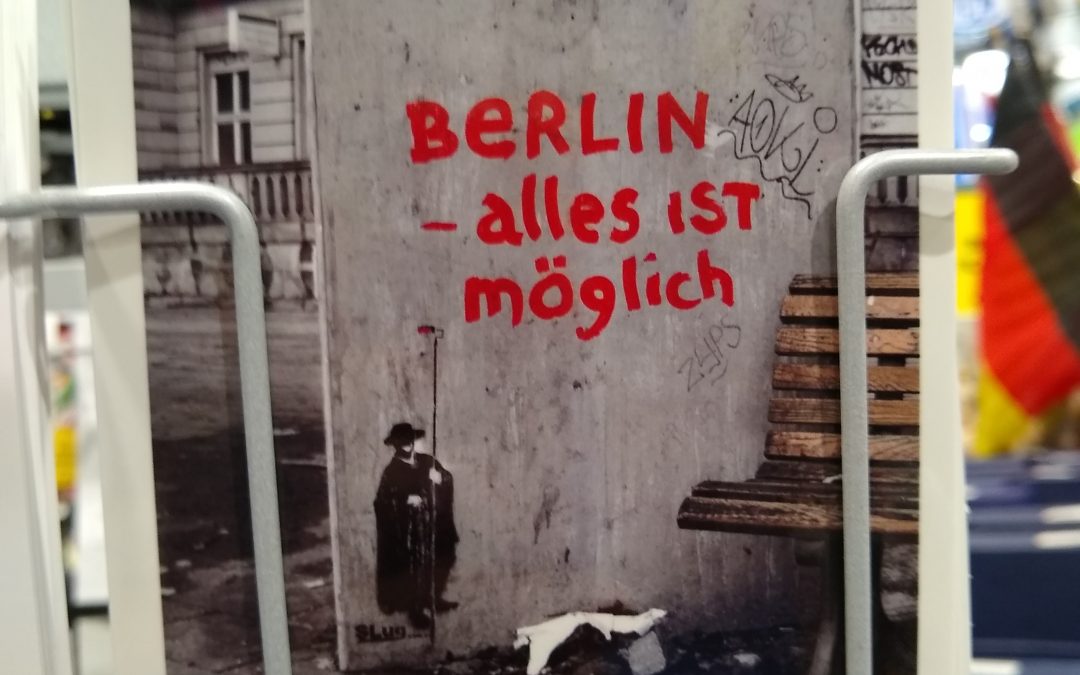 This week’s blogpost comes from Berlin, my favorite city in Europe, where I’ve spent the past four days unwinding by meeting friends and soaking up the artistic sights and sounds of the city. This short holiday was much needed to rekindle the embers of my creativity, which have recently been doused by the hustle and bustle of everyday nine-to-five working life. Berlin provided not only a pleasant change of pace but also a stimulating canvas for writing inspiration. Like an oasis in the middle of a desert, it has temporarily quenched my thirst for adventure, beauty and novelty, which are integral to my creative process.

This trip was particularly special since I haven’t visited Berlin in more than a year and a half. Not since the summer of 2020 when there was a brief lull in the COVID-19 pandemic. The city has certainly changed in the intervening in period various ways, both good and bad. The Berlin-Brandenburg Airport is finally open after years of construction delays and setbacks. Eating out at restaurants is noticeably pricier, although the quality of the food has improved commensurately. Yet for me there was something even more palpable that came to the fore during this brief visit.

On this occasion the unbridled, youthful energy of the city seemed somewhat subdued, and quite different from the giddy pre-COVID times. I guess two years of hiding faces behind masks and keeping a safe distance from one another have taken their toll on the natural gregarious tendancy of Berliners. It’s almost as if the city isn’t yet willing to let itself go completely nor commit fully to believing that the pandemic has run its course. Perhaps there have been too many false hopes and promises that have not materialized. So while the bars, clubs and restaurants are open again, a peculiar uneasiness hangs in the air.

This time around I was most struck by how the street art has evolved with the changing times. Although, unsurprisingly much of Berlin’s graffiti presently focuses on the War in Ukraine, with slogans promoting themes such as Support for Ukraine, No War and Neutrality, what I found intriguing is the uniform emphasis on the perspective expoused by pro-Western media. This seems peculiar, given Berlin’s long and controversial pre- and post-war reputation for being a center of leftist, anti-establishment thinking. Even as recently as 2020 there was innumerable street art defiantly protesting against controversial government measures to contain COVID-19. Yet on this occasion the prevailing narrative remains conspicupusly unchallenged. Is the war in Ukraine really so black and white?

Art has always been a weapon of truth, which edures even the harshest perscution. My sincere hope is that Berlin’s street art scene has not become an unwitting casualty of contemporary Cancel Culture, which suppresses differing perspectives with its narrative of monolithic truth. That would be a shame. My unwavering belief is that we must always allow room for debate and open exchange of ideas. A threat to freedom of speech is a threat to us all. We must always remain vigilant against encroachment on our rights.

I love Berlin because it is a place where everyone, regardless of sexual orientation, race or ethnic background, can feel a sense of belonging and freedom. “Berlin- Alles ist möglich” (meaning “Berlin – Everything is possible“) is a slogan that captures this inclusive sentiment perfectly. As long as this remains the case I will continue to make periodic pilgrimages to the city and bear witness to its ceaseless evolution. Thanks for stopping by to read this post. Till next time, stay well and healthy!

P.S. As always please feel free to leave a comment below, It is always a pleasure to hear from you.