Better to Die Standing Than to Live on Your Knees 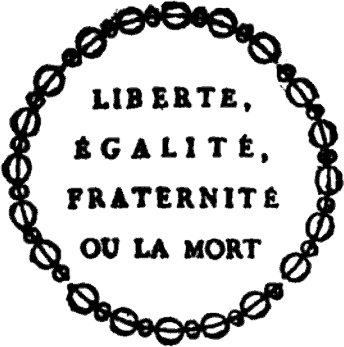 When I was a young boy, about nine years old, I first learned about slavery in the Caribbean and the Middle Passage in Social Studies class in primary school. What most disturbed me about slavery, apart from it’s obvious abhorrent cruelty and depravity, was the prevailing narrative in history textbooks back in the 80’s. They all seemed to promulgate a general aquiescence of (inferior) African slaves to their bondage at the hands of (superior) Europeans. Needless to say I never bought into such preposterous aberrations. It was impossible in my mind for my African ancestors, suffering under such harsh and inhumane conditions, to lack the determination to rise up and fight back to gain their freedom. For in the words of Emiliano Zapato, the renowned Mexican revolutionary, “it is better to die standing than to live on your knees.”

Yet evidence was hard to come by to support what I knew instinctively in the marrow of my bones. The history textbooks we had in school in Barbados recounted only a few scant tales about slave rebellions in the Caribbean, which almost always ended in failure. In fact, to the best of my recollection in my youth I knew of only one major slave revolt which occurred in my homeland, Barbados, Bussa’s rebellion in 1816. This revolt was brutally suppressed by the British within a few days. Beyond that I was aware of slave uprisings in Jamaica (in 1831) and in Haiti (1791-1804). The latter of which led to Haiti’s independence in 1804 after more than a decade of fighting against the French.

Were it not for Haiti’s story, I would have reluctantly been forced to conclude from my history education that slave insurrections were a rare occurrence and that, even more soberingly, these revolts almost always ended in failure. Indeed, they were typically violently crushed by the military might and cunning of the European colonial powers. Haiti gave me a flicker of hope that there was (much) more to know about resistance to slavery in the Caribbean. Yet the information was not easy to find. There was a void of knowledge that needed to be filled, especially when it came to what had transpired on many of the other Caribbean islands in regards resistance to slavery, especially in the period preceding the early 19th century.

It was not until many years later that my thirst for the truth about militant African resistance to slavery in the Caribbean was finally quenched by a happy accident. During my research for my upcoming historical fiction book, Children of the Ocean God, I stumbled upon a trove of information about slave revolts in the Caribbean. What was most striking about this discovery was the fact that these rebellions, which occurred on different islands spanning the Caribbean island chain (including Grenada, St. Vincent, St. Lucia, Dominica, Guadeloupe, Curacao, and Haiti), were all linked in one way or another by the ideals of the French Revolution. The notions of liberty, equality and brotherhood (liberté égalité et fraternité) swept through the region like wild fire.

Curiously, there was one period in particular in which colonial slavery in the Caribbean faced its greatest existential threat ever. From 1794 to 1796, there were no fewer than seven active insurrections (including the Second Carib War in St. Vincent), involving African slaves and free men of African descent, from Grenada in the south of the island chain all the way up to Haiti in the north. This is astounding not only for the sheer scale of the resistance, involving hundreds of thousands of slaves across a vast geographical area, but also because of the geopolitical implications for European hegemony in the region. If these slave rebellions had succeeded they would have radically redrawn the map of the region, resulting in some of the most profitable colonies falling out of European hands. Perhaps Great Britain or France might have collapsed financially from the loss of wealth from their Caribbean colonies that fueled their imperial expansion?

Interestingly, many of these insurrections partially succeeded. For instance in St Lucia there was “l’Année de la Liberté” in which slaves were free for one year from 1795-1796 before the British reconquered the island and reinstituted slavery. Similarly, in Guadeloupe slavery was abolished by Victor Hugues when he retook the island from Britain with his French revolutionary army in 1794 (although slavery was reinstituted eight years later by the French in 1802). Can you imagine the euphoria of the former slaves during those eight glorious years of freedom? And conversely what about the feeling of devastation when their hard fought freedom was later taken away?

Lest I forget, there were also spetacular slave revolts in Grenada (Fédon’s Rebellion) and Dominica ( the Colihaut Uprising) in 1795. Fédon’s Rebellion in Grenada is probably the most dramatic of them all. Julien Fédon and his army of slaves, free men of colour and French allies, boldly took the British Governor of Grenada, Ninian Home, hostage along with over fifty other Europeans. They resisted for more than a year in a mountain base at Belvidere, which was repeatedly raided by British marines in an attempt to free the hostages. Fédon did not take kindly to these attacks and eventually lost his patience. He had forty-four of the hostages summarily executed one by one, with “their blood mingling with the muddy, rain-soaked ground and running in great streams off the hillside.” In the end the rebellion was put down savagely by British General Raplh Abercomby, with more than seven thousand slaves killed in action. As for Julien Fédon, he was never captured by the British. His whereabouts after the revolt are unknown. Some historians believe that he tried to flee the island by canoe, which sunk in poor weather.

In closing I am thrilled and relieved to have found out about these amazing stories of resistance to slavery in the Caribbean by African people. Even though many of these uprisings did not ultimately succeed they are nevertheless stark reminders of the unyielding spirit of freedom that dwells within each of us. They underscore beyond a shadow of doubt that “it is better to die standing than to live on your knees.” Thanks for stopping by!

In case you would like to learn more about the slave rebellions highlighted in this blog post, I highly recommend looking into the books and articles below:

They Called us Brigands: The Saga of St Lucia’s Freedom Fighters by Robert J Devaux

What Became of the Fedon Rebellion? by Kit Candlin

The Black Carib Wars: Freedom, Survival, and the Making of the Garifuna by Christopher Taylor

As always please feel free to leave a comment below, I am always happy to hear from you.