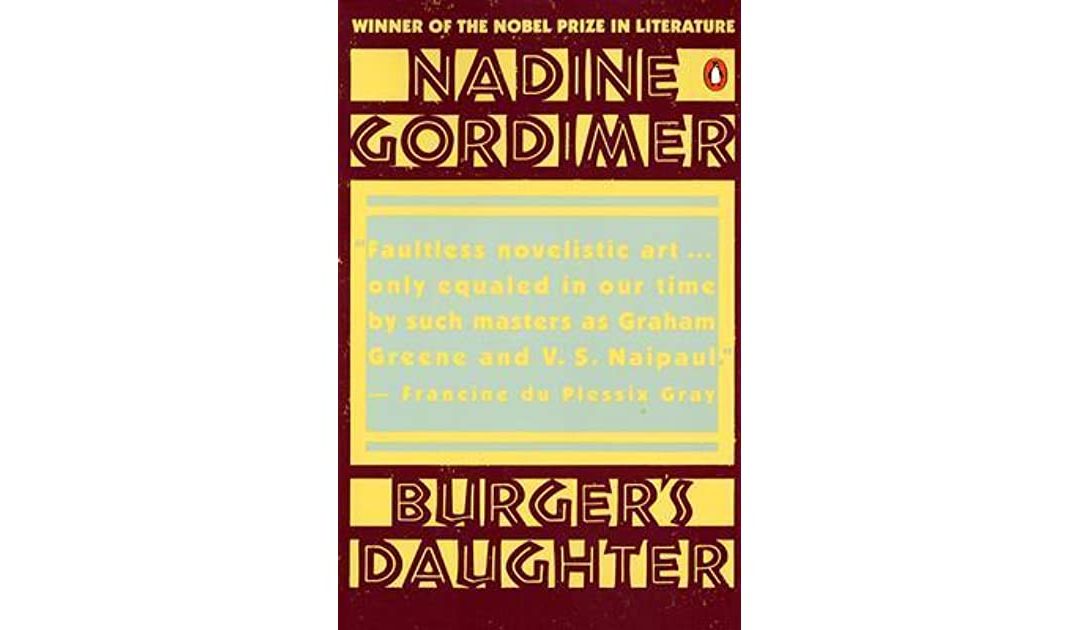 Burger’s Daughter is an authentic portrait of life during Apartheid South Africa, written from the perspective of the daughter of a White, Afrikaner freedom fighter, named Rosa Burger. Her heritage makes her an outcast in White society in South Africa, while her skin color means she can never be fully accepted in the ‘struggle’ by Blacks. As a result of this Rosa undergoes a metamorphosis as she stumbles through life, from one lover to the next, trying to find her own identity, outside the shadow of her father’s. Yet as she goes through this journey of self discovery she also learns many things about her father, which she never knew and which make her realize that she is indeed more like him than she once thought. Gordimer‘s prose in Burger’s Daughter is exquisite, especially her capturing the subtle nuances of Afrikaner and Black South African culture and language. In fact, I would argue that to fully appreciate the mastery of this work one needs to have been immersed in South African culture. Otherwise it is difficult to grasp the meaning of many idioms and terms (such as kleintjie, baasie and so forth), or to follow the phrasing, that Gordimer skillfully employs in the dialogue between various characters. Burger’s Daughter is also quite an intellectual novel, which touches on a broad spectrum of topics ranging from apartheid and communism to black consciousness and pieds noirs in France. The only minor critique I have is that it took a few chapters to get accustomed to Gordimer’s writing style in Burger’s Daughter. In the beginning I found the long, blurry, stream-of-consciousness sentences and constantly shifting perspectives from the narrator/observer to Rosa a bit jarring. Nevertheless, Burger’s Daughter rightfully deserves a place on your reading list as a modern classic.

Have you read Burger’s Daughter? What about other works by Nadine Gordimer? Which of her books would you recommend and why? Please feel free to share your thoughts in a comment below.