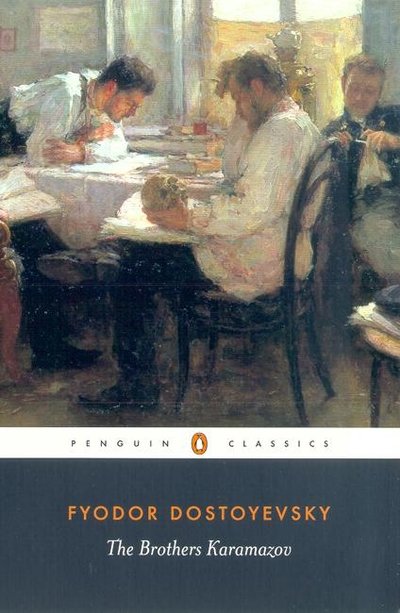 What can I say about The Brothers Karamazov that has not already been said? I must confess I have very complicated feelings about this the most famous opus of Fyodor Dostoevsky. On the one hand I found The Brothers Karamazov to be masterfully written. Not only due to the lyrical prose that Dostoevsky skillfully employs throughout the narrative, but also because of his impressive imagination that allowed him to conceptualize and execute this intricate novel which recounts many complex, intertwined tales. The development of each character, from Father Zosimov to Ilyusha and Mitya, is exquisite and flawlessly detailed, even down to their personalities. Dostoevsky, as he has demonstrated in his other renowned works (e.g., Crime and Punishment and Notes From Underground), is a master of human psychology. He takes readers on an enthralling journey into the darkest depths of the human soul as he explores a wide spectrum of ideals ranging from love and fidelity, to honor and loyalty. As Carl Jung once famously said “No tree it is said can grow to heaven unless its roots reach down to hell.” Dostoevsky shows clearly that the same seems to apply to the human soul. There is, admittedly, a perceptible overtone of Christian doctrine infused throughout The Brothers Karamazov, which mildly tempers my enthusiasm for this book. I found a few parts of the narrative less captivating due to the at times dogmatic and overly moralistic perspective imparted by Dostoevsky. Nevertheless, it is hard to find fault in such a literary masterpiece. The Brothers Karamazov, despite its intimidating length (985 pages!), is worth adding to your reading list, especially if you are a fan of Russian literature. Dostoevsky deservedly belongs among the ranks of Tolstoy, Sholokhov and Solzhenitsyn.

Have you read The Brothers Karamazov? What do you think about it? Or have you read any of Dostoevsky’s other books? Which one would you recommend and why? Please feel free to share your thoughts in a comment below.