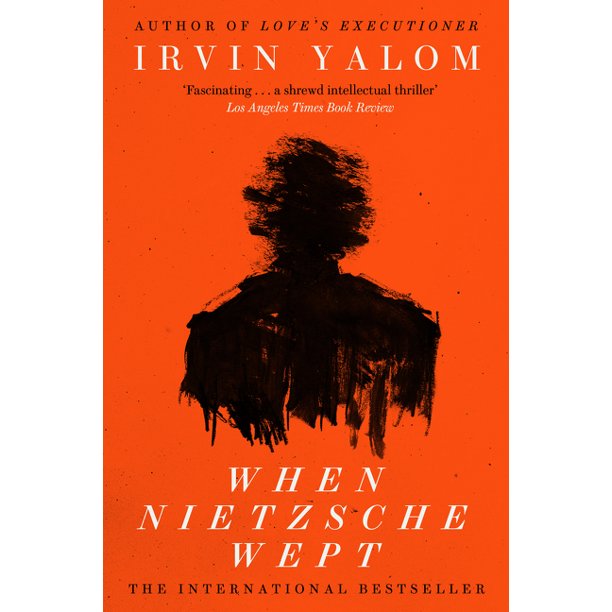 “I have believed that life is a spark between two identical voids, the darkness before birth and the one after death” – Dr. Josef Breuer

I have mixed feelings about When Nietzsche Wept by Irvin Yalom. On the one hand I found the central concept of this fictional novel intriguing – the patient (in this case Friedrich Nietzsche) becoming the therapist while unwittingly receving therapy in return from the would-be patient-cum-psychotherapist (Dr. Josef Breuer). This delicate interaction plays out in a series of intense chess-game-like philosophical discussions in which Nietzsche and Freud delve deeply into a fascinating crucible of human psychology. The two men cover topics ranging from power dynamics in relationships to the sexual motives driving much of human behavior, an oft taboo subject which is rarely discussed so candidly in polite society (certainly not in the late 19th century period in which the novel is set). However, on the other hand I found When Nietzsche Wept somewhat unfulfilling and at times less believable. The dénoument of the novel was underwhelming after such an impressive, dramatic philosophical buildup. In the end both Nietzsche and Breuer turn out to be cowards who take the easy way out by not truly living according to their lofty self-professed principles. In their own ways they stay within their comfort zones, and even attempt to conceal this at first by being duplicitous in their interaction with each other. Admittedly this is all ‘very human’ behavior, but it left me unconvinced of Yalom’s thesis. He seems to suggest that in the end it is better to learn to be content with your lot in life than to take adventurous risks which most likely won’t pay off the way we expect. This seems a rather conservative pessimistic outlook, which is anticlimactic given the enthralling exchanges between Nietzsche and Breuer to the contrary. In addition to this, I found Yalom’s conceptualization of love, which he argues is rooted in the desire of one to selfishly possess another, farfetched and incompatible with true love. Conveniently, this concept of love yields magically to the curing of the love of Dr. Breuer for his patient Bertha Pappenheim and Nietzsche for his iconoclastic paramour Lou Salomé , once the two men tragically discover that their interactions with these women on which they were enamored were not unique. The character of Lou Salomé also came across as a grossly exaggerated caricature of what she was like in real life. This may have partly contributed to the amount of time it took me to get into the story – I didnt get into a groove until I had read about one hundred pages. Nevertheless, I found When Nietzsche Wept to be overall an entertaining piece of historical fiction which is worth reading.

Have you read When Nietzsche Wept or any other of Irvin D. Yalom’s books? What did you find most interesting? Please feel free to share your thoughts in a comment below. Thanks for stopping by!