Homegoing: Finding a light in the darkness 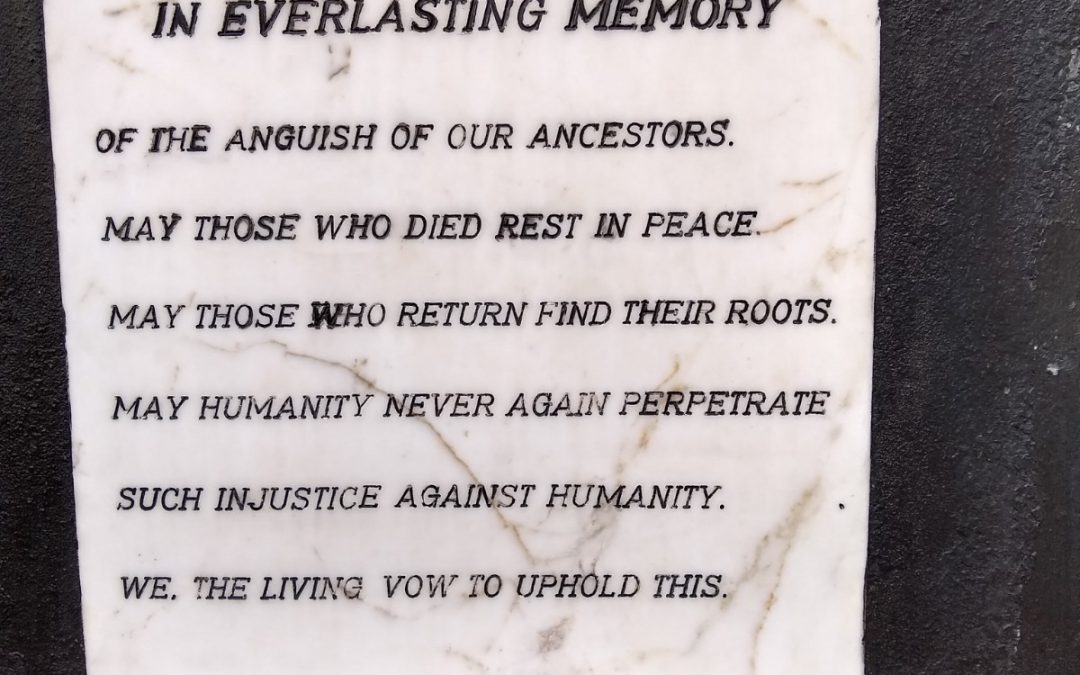 This week I want to share a deeply emotional and spiritual experience I had during my visit to Ghana on a business trip. While in Cape Coast, I went to the Elmina Slave Castle, the oldest and largest slave trading post in Ghana. Built originally by the Portuguese in the late 15th century, it was captured and later expanded by the Dutch and subsequently by the English. Through the Elmina slave castle alone more than 1.5 million African people were shamelessly trafficked to the New World over the course of 400 years. My ancestors, were perhaps among this unfortunate group of people who were forcibly removed from Africa, never again to set foot on her shores.

At least that is until I showed up. Or rather came back “home” as it were. After several hundred years, I retraced the harrowing footsteps of my forebears, from the dark, foreboding dungeons of the castle to the infamous Door of No Return. My memories of this haunting, foreboding place of evil send shudders down my spine as I write this. It is mostly an emotional blurr, in which I can recollect only the dizzying heady feeling that overcame me as I trudged numbly around the castle from one abominable nook the next. The whole time my heart was racing uncontrollably like a wildfire across a parched savannah, as the overwhelming sense of the insidious inhumanity and cruelty permeating every corner of Elmina took hold of me. When I touched the steel bars of the slave cells and caressed the walls of the castle I felt the pain and anguish that indelibly dwells there. The darkness of humanity manifest in its purest form.

Confronting the past has never been easy. It took a lot of out of me – blind determination, sheer courage and a dose of naivete (How could I ever have conceived that I was ready to handle such an experience?) – to visit this place of death and suffering that was integral to the holocaust of my ancestors. Yet it was worth it! This experience is an essential part of my journey. I needed it at this juncture in my life to move forward and to gain renewed strength and impetus to continue to walk in the footsteps of promise. It is impossible for me to convey in words what this has ignited within me. More to follow soon!

Thanks for stopping by. As always feel free to leave a comment below.