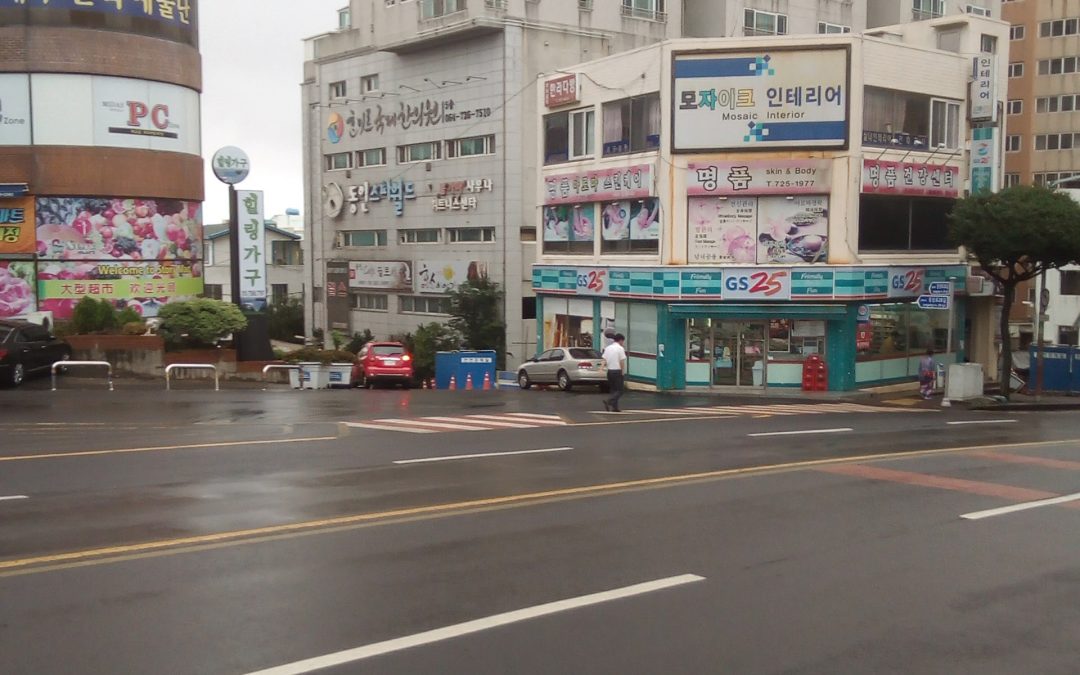 Over a bowl of warm noodle soup, with kimchi on the side and several small tapas-like meat dishes my Korean seatmate told me his life story. His name was Jun and he was originally from the city of Busan, which is located on the southeast coast of the Korean peninsula. He was studying medicine in Hungary at the University of Debrecen, and had just completed his second year. In a previous life Jun had been a Human Resources manager for over a decade at Daewoo, a large Korean multinational corporation. However, he woke up one day and realized that he was not feeling fulfilled in his life. He knew in his heart that his calling was to help other people. So he decided to pursue his childhood dream of becoming a doctor. Unfortunately, he was already in his mid-forties, which meant he was considered too old to be a medical student in Korea, so that led him to study abroad in Hungary.

Interestingly, Jun mentioned that while he was working at Daewoo he had always been “living tight.” He never had time. He was always too busy for everything and everyone in his life, including his ex-wife. After quitting his job and getting divorced, Jun promised himself that he would never again “live tight.” That explained why he kept saying to me that day “I have time.” Astonishingly, he had even made time to help me despite the fact that he had not seen his parents in Busan in nearly two years. After hearing this I was deeply touched by Jun’s act of kindness and self-sacrifice. However, he insisted that he was happy to help me, since he wanted me to have a good first impression of South Korea and it’s people.

I also shared my own story with Jun, including my recovery from the near fatal car accident. However, in my head it paled in comparison with everything that he had just divulged. To add some levity to the situation I even told Jun about the ‘passport fiasco’ that I had experienced earlier at immigration. We both laughed about how the passport experts had perhaps taken random photos of my passport to post on Facebook. After virtually ignoring each other during the flight to Seoul, we had unbelievably made a connection by exchanging our stories.

When lunch was over I gave Jun my business card and told him to look me up if he ever visited the Netherlands during his studies in Europe. Then I offered to pay for lunch to thank him for his kindness and for sharing his wonderful life story with me. But he refused and instead offered to pay for my meal. However, I found it too much to accept his generosity further, so I insisted very strongly that I wanted to pay and in the end we split the bill evenly.

By the time we returned to the departures hall, flights were no longer suspended at Gimpo Airport. I was able to finally check in for my Asiana flight to Jeju and would soon be on my way. To my surprise, Jun, who had previously mentioned taking the high speed train to Busan, bought a ticket on the spot from a low-cost airline. In fact, his flight would be departing around the same time as mine. So we ended up going through security and waiting in the boarding area together. Unfortunately, the boarding lounge, much like the departures hall, was ram-packed with passengers. So Jun and I were forced to stand in a corner while making small talk about Korea as we waited for our flights to be called. The last time I saw Jun he was boarding his flight to Busan as I was standing in the line waiting to board my flight to Jeju. He smiled at me and waved a warm farewell before walking down the jet bridge.

I have not heard from Jun ever again, however, I have never forgotten him or this amazing experience that I had on my first trip to South Korea. It taught me a lot about letting go more in my life. One of the most profound ways in which I have tried to apply this learning has been in making time for friends and others, including strangers, a higher priority. Today I value more the authentic, shared experiences I have with the people around me. I happily put people ahead of money, sleep or food etc., since I realize my interactions with others enrich my life in incalculable ways. Sometimes it means missing my train in order to take an extra five or even ten minutes to finish off a conversation with someone who needs to get something off their chest. Other times it might involve giving myself some breathing room in my schedule so that if something interesting comes up I have the flexibility to say ‘yes’ rather than default to ‘no.’ Without a doubt not ‘living tight’ makes life less stressful and more enjoyable.

I still have not yet reached the point of letting go completely. Hopefully that will come eventually as the time passes. For now I am content with steps I have taken so far and I am encouraged by the rewards I have reaped till now. It’s a bit like taking time to enjoy the sumptuousness of a well-prepared, slow-cooked lamb stew as opposed to just wolfing it down as quickly as possible for the sustenance the food provides. Life, like food, tastes better when you take time to savor it!

Have you ever had such an experience? How did it change your life? Feel free to leave a comment below.